This week was arguably one of the worst weeks to work in systems operations in the history of the Internet. The revelation of what has been called Heartbleed (CVE-2014-0160), a bug in OpenSSL that allows attackers to read memory from vulnerable servers (and potentially retrieve memory from vulnerable clients) has had many administrators scrambling. This bug makes it trivial for hackers to obtain the private keys to a site’s SSL certificate, as well as private data that might be in-process such as usernames and passwords.

While there is a huge potential for multiple blog posts regarding our learnings from this week, in this post I’ll focus on the current state of affairs, as well as a timeline of events.

tl;dr — wanelo.com was affected by Heartbleed. As of 1am April 8, the public-facing parts of Wanelo were no longer vulnerable. Through the rest of this week we have followed up to ensure that internal components are also secure. This afternoon we deployed new SSL certificates and revoked our old ones. We have no indication that our site was hacked, but there is no way to be certain.

Note: Heartbleed effects OpenSSL versions 1.0.1 through 1.0.1f and 1.0.2 beta when SSL heartbeats are enabled (the default) at compile time. On Monday, April 7 2014 version 1.0.1g was released with a fix for the bug. OpenSSL with heartbeats disabled at compile time are not vulnerable.

In the mid-afternoon I was pairing with James on some operational work relating to database upgrades when I heard Paul mention a security vulnerability. “How bad could it be?” I wondered, but the work we were doing had a lot of moving pieces and we were quickly lost in the details. If you’ve ever been in the zone when pairing, you might forgive me not dropping everything to check it out.

At about 6pm, we had finished as much as we could safely deploy that day. Before closing everything up, I decided to check up on the security problem. After finding a writeup, I’m pretty sure my face looked a little something like this:

By 7:30, I was home and starting to work on a fix. Up until this point we have relied on packages to install OpenSSL, so I needed to write new automation to compile OpenSSL from source on SmartOS. After a [very] quick check of different sites, I did not find a Chef cookbook that already worked and chose to write a new one. This cookbook can be found here.

After successfully bootstrapping a test machine with a vulnerable version of OpenSSL and the version of our load balancing software used in production, I managed to compile a safe version of OpenSSL over the installed files. By verifying that the new OpenSSL did not crash our balancer, I felt confident that it was indeed a backwards-compatible replacement and that I could proceed.

I then quickly deployed the new OpenSSL to our demo and staging servers to test it against our real code stack, as well as with our iOS app. Seeing that there were no apparent problems and realizing the scope of the vulnerability, I pushed forward and deployed OpenSSL to our production servers. In this case, the risk of not moving forward was far greater than the risk of taking the site down. In fact, taking the site down would have been far preferable to leaving it up in a vulnerable state.

At this point I spent a little while verifying that our Ruby installations all used dynamic linking of libssl, so that by doing a rolling restart of Unicorn our main internal application would no longer be vulnerable. By 2am I was reasonably confident that this was the case, understanding that other internal applications (and our omnibus Chef installation) were still potentially at risk. Sometime around 3am I passed out.

7:30am, I awoke with an expression perhaps similar to this one: 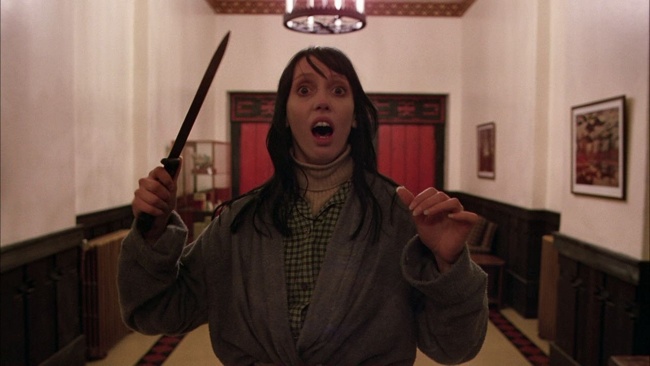 After further testing of the site, I verified that our main Ruby installation was now secure. A bit of investigation revealed that our SSL settings, however, were not ideal. These I updated and rolled out posthaste.

Later in the day I turned my attention to other parts of our infrastructure, ensuring that our few Ubuntu hosts (mostly used for internal services) were updated to a safe version of OpenSSL and restarted. At this time I also updated our vulnerable installations of Chef with the latest version released by Opscode. This includes an update of the OpenSSL library shipped with the omnibus.

I was quickly able to update our configurations again, ensuring that perfect forward secrecy is enabled. According to ssllabs, our site is now rated A.

On Wednesday Tori and I paired to continue our follow up of the vulnerability. We watched this pleasant video explaining the bug and how absolutely horrendous it is. We then spent the morning analyzing every type of running process we could find in our infrastructure, basically by running ps -ef on a number of hosts and tracking down everything that either dynamically linked to libssl or had a version statically compiled.

As a part of our investigation, we found the following:

As a precaution, we disabled the monitoring daemons (happily, they are tools we do not rely on in our day-to-day work, just things that are nice to have). We currently have tickets open with the vendors involved, and will not reënable them until new versions are provided or we become 100% confident that they are not vulnerable to the bug.

For the rest of the day we worked on upgrading nodejs to the latest version.

In the morning we continued upgrading nodejs, until we could verify that the only remaining older versions deployed in our infrastructure were never vulnerable to the bug. This post by Strongloop is a great resource for determining if your version of nodejs is effected.

This afternoon we had our SSL certificate reissued from our certificate authority. We carefully deployed it to production and asked for our old certificate to be revoked. We then distributed the new cert to our CDN.

An unintended consequence was that our old certificate was revoked before our CDN could deploy the new one, and for a short amount of time in the evening some users could not log in via the website. We were able to fairly quickly switch our site to serve necessary assets using our own infrastructure, until our CDN could roll out the new certificate.

This process was delayed by the fact that only one person had access to our account with the certificate authority. In our list of things to do, we did not properly prioritize this nor escalate it loudly enough within the team. In retrospect we should have reissued a new cert on Tuesday, then orchestrated the roll-out in any number of different ways. Lack of sleep and massive security holes make Eric something something…

As an addendum to this issue, there are several things that we’ve either changed or that we’re going to change:

Personally, a habit I promise to adopt is to drop whatever I’m doing and investigate on the spot whenever I hear a co-worker talk about any new security vulnerability.

We are fortunate in that at this time Wanelo does not store (nor even pass-through) any truly sensitive personal data. We take the security of our users extremely seriously, however, and want to ensure that if there does come a time when sensitive data passes through our servers we are in a position to do so with clear conscience.